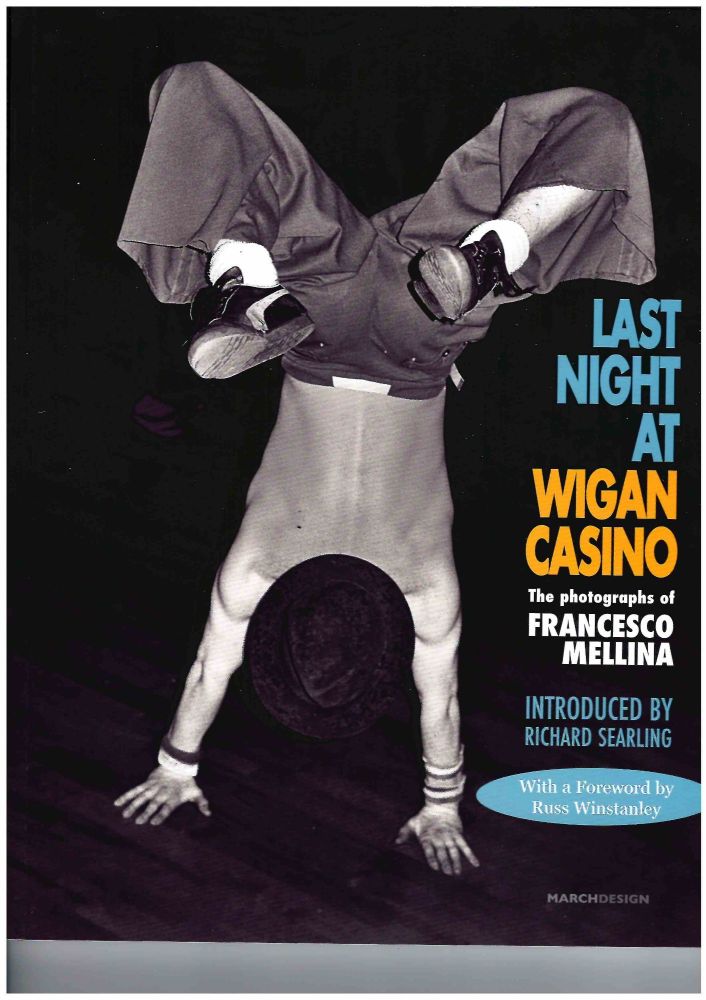 We have access to amazing collections , if the record you want is not available simply contact us and we will search for you.

With a foreword by Russ Winstanley

'One night in 1981 Francesco Mellina travelled from Liverpool to Wigan in a battered Simca to photograph the Casino Club's last Northern Soul all-nighter. The legendary Wigan Casino Club staked its claim in music history and firmly established itself as a spiritual home of Northern Soul throughout the seventies until its closure in 1981.

It all started when local DJ Russ Winstanley, along with Wigan Casino manager Mike Walker, approached the lease holder to run all-nighters. Russ moved the DJ set that he'd been running at the local rugby club to the Casino Club and at 2am on Sunday 23 September 1973, Wigan Casino started its first ever Northern Soul all-nighter, with Russ as the DJ.

Always with long queues to get in, Northern Soul enthusiasts and music lovers in general regularly travelled from all over the UK to attend Wigan Casino's all-nighters, hear the latest northern soul artists and to dance. In its eight years of existence there were over 500 all-nighters with the last one being in 1981.

This is the night that Francesco turned up with his camera to document the whole event. Shooting several rolls of film, he set about taking photographs of the building with its snaking queue to get in, the record sales, the people who worked there, the dancers on the dance floor and the dance competitions right through to morning time with worn-out dancers sleeping on the floor.'