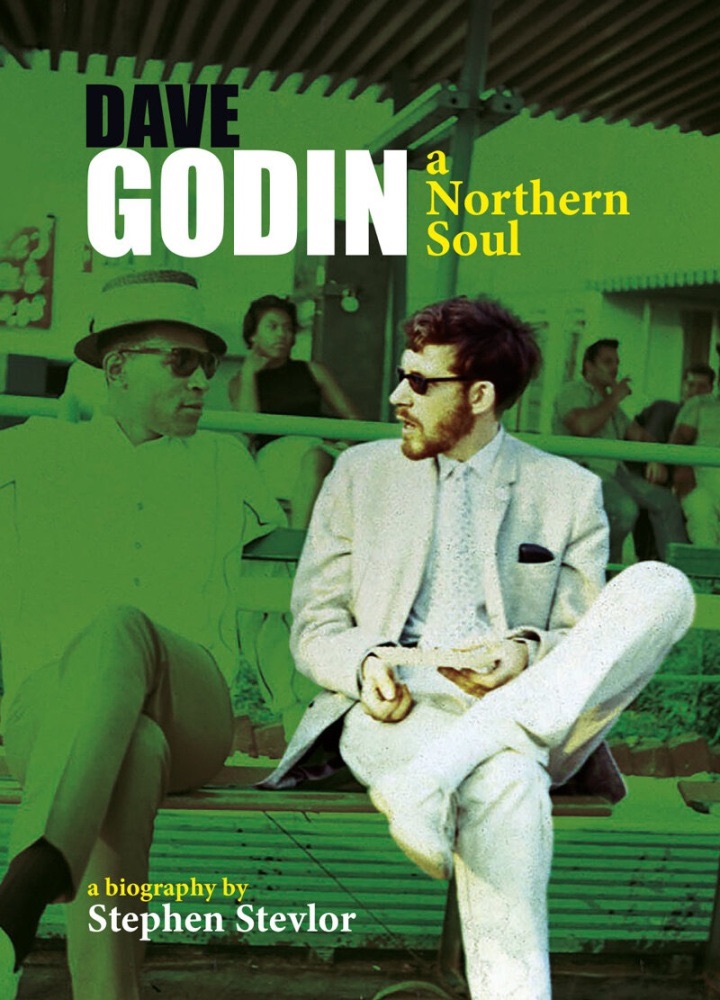 DAVE GODIN a NORTHERN SOUL a biography by Stephen Stevlor

The fascinating and colourful life story of one of the most respected and important figures in black American music and the British Soul scene.

'Dave Godin was a natural archivist, saving and filing every letter, missive and photograph received or sent. His story should have been easy to research 'cos all the info required was there. Unfortunately, shortly before his death and in the weeks following, so called 'friends' appropriated items of choice. Objects were cherry picked and a lot of the most desirable pieces relating to his life in Soul disappeared. As well as writing this biography I also wanted to re-build his archive for an on-line retrieval system that could be accessed by anyone. I put a call out to try and track down some of the missing objects and documents, I wasn't really interested how people had actually acquired things, I appreciated a lot of stuff was purchased in good faith and the buyer may have had no idea that these items had been made available without permission of Dave or his estate, so were in effect stolen goods, all I basically wanted was copies of letters, photographs etc to formulate an archive which was a thing Dave had always dreamed of. A few good 'Souls' sent stuff through with proof of ownership, some items made it into the book, but it was a pretty poor response considering the amount of material and memorabilia that disappeared.

There's a 'Collections' chapter in the book that touches on items appearing for sale on internet dealer sites that 'true' friends recognised as Godin property, but the dealers when questioned showed no concerns about where the items had originated from and amazingly all appeared to be selling on behalf of "Some guy from Manchester!" This chapter will probably be of major interest to Northern Soulies as it also concerns Dave's substantial record collection which caused major division amongst friends because of why and who (legally by the way) ended up with it. I think a lot of people closer to Dave expected it to travel their way and were disappointed by the outcome.

I thought the biography would take about six months to research and complete until I discovered how many facets there was to Dave Godin. Over six years later, here we are!
This was always going to be a book about his entire life and not just Northern Soul and features over 450 full colour pages, but because Dave re-visited black American music periodically, I would say 80% of the book is - DAVE GODIN a NORTHERN SOUL.'