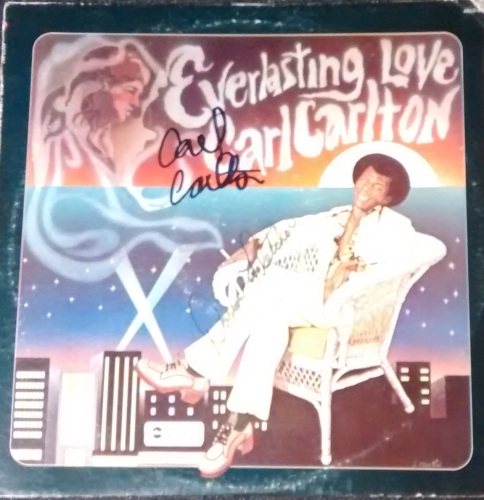 Released in 1974, nine tracks from a singer who has spanned the decades and styles. La La Song, Smokin' Room and Hurt So Bad are some of the stand out tracks plus his version of Stevie Wonder's 'Signed, Sealed, Delivered'.

Bonus, the cover is signed by Carl Carlton AND Darrow Fletcher.